On the surface, this is about true relaxation. Go deeper and its about transformation and realization. A guided meditation created by Swami Satyananda Saraswati in the mid 20th century with strong influences from Tantra Yoga techniques. A natural source of preventative medicine for our modern stressful times.

Relax into Being with Yoga Nidra

Many years ago, I was a student in a yoga training that introduced me to a practice that would transform my life. The teachers name was Xenia and when she came into the room, she simply asked us to lie down on our backs and close our eyes as she guided us through a meditation practice called Yoga Nidra. I remember saying to myself, ‘I can lie down and have someone else guide me through a meditation practice?’ That was already enough reason to give it a try. Shortly after beginning the practice, I was guided from the distractions of the outside world inwards towards feeling my body and its sensations. After only a few minutes into hearing Xenia’s soothing voice and her words, my mind began to soften & let go of the repeating daily thoughts that distracted me with DOING.

As the Yoga Nidra practice continued, I felt my body and mind resting deeper into sleep, yet my awareness was still awake and observing. At some point, it felt like a drainage plug had been pulled from my mind and body and physical, emotional & mental tensions poured out of me. I felt emptier, but in a good way. Time had briefly slowed to a crawl. My body and mind were asleep, but my awareness was still awake hearing the words of Xenia drifting in and out of my sense of hearing. At some point, I fell asleep, but it did not feel like biological sleep because when Xenia guided us back to wakefulness at the end, I awoke and responded immediately. I opened my eyes with a feeling of rejuvenation, clarity and connection. This first Yoga Nidra experience had swept away some of my deeper seeded stresses stuck in my body & mind and provided me with a short glimpse of what complete NON-DOING was. Walking away from that first experience, I knew that this was going to be a lifelong passion and practice for me.

With more years of practice and guiding Yoga Nidra behind me, it has enabled me to observe myself more as I go through a process of un-learning. I know that sounds odd to some people, but this is not about reducing knowledge. Its about gaining wisdom. It is about slowly peeling away the layers of past conditioning that blind us from seeing things in life as they really are.

I am more than a physical body

For example, through the regular practice of Yoga Nidra, I have come to realize that I am much more than a physical body. In the style & stages of Yoga Nidra I have studied, a person is guided through Koshas. Basically, in yoga talk, these are five sheaths of existence that we all possess. They move from the gross to the subtle and include our physical body, prana or breath body, mind & emotional body, intuitive & wisdom body & joy or bliss body. They all affect each other while we live in our bodies. For instance, the emotion of anger affects how we breath which affects the functions of our physical body.

Yoga Nidra has also enabled me to be more aware of emotions as a coming and going of energy that is temporarily experienced—if you let it. It allows me to attach less to emotions and not adapt them into my identity as who I truly am. In other words, instead of saying to myself, ‘I am angry’ I may respond, ‘Anger is just passing through me.’ This is not about deflecting anger, but about being more comfortable with it and knowing it too shall pass. It goes as easily as it comes because through Yoga Nidra, I experience that part of me that is the ‘witness’ to my thoughts, emotions, breath & body instead of the mind who participates in all of them. That is empowering & freeing. In result, I am better able to witness an emotion when it happens and more intuitively able to respond to it instead of spontaneously react or overreact, which is often the case when someone is angry.

The Power of Sankalpa

Another transformative quality of Yoga Nidra that I have benefited from is the use of ‘Intentions’ or ‘Sankalpa.’ Think of Sankalpa as a new year’s resolution that TRULY manifests. We may have good intentions with a new year’s resolution, but it often does not come to fruition because it is not planted deep enough in the mind. It goes as far as the conscious thinking mind and then often gets muddied by our past beliefs, Ego and other distractions through our five senses—and we all know there are a lot of distractions in this world.

Sankalpa’s have been a part of my Yoga Nidra practice since the beginning. Whether it is something more superficial like an intention I want to achieve in the next year, letting go of a negative habit or behavior or nurturing a hearts deepest desire, a sankalpa planted during Yoga Nidra enables me to get out of my own way and produce the conditions needed to grow and become a reality in daily life. Generally, a sankalpa allows us to realize our optimal and most powerful expression of ourselves in life.

To give an example, a past sankalpa that helped me towards this was ‘I let go of controlling the uncontrollable in life’, a step by step sankalpa for overcoming perfectionism.

Sharing these past personal experiences sheds light on what may be happening in the body & mind during Yoga Nidra. Its useful to understand why we are doing something. For new Yoga Nidra practitioners especially, this can bring increased comfort and calmness to the body and mind by more deeply understanding the effects of Yoga Nidra.

One of the first effects Yoga Nidra has is on the nervous system. Our bodies are often stuck in the more tension producing sympathetic side of the autonomic nervous system. As you are guided into deeper stages of Yoga Nidra, like the body scan or rotation of consciousness, you are reducing and releasing excess tension in the body. This allows the body to turn up the relaxation response known as the parasympathetic nervous system, and in result, brings the body into a more homeostatic balance where things like heart rate slowdown and digestion and immune system functions normalize. Regular Yoga Nidra practice brings the body into restorative and healing rest that is deeper than the kind of rest or relaxation you would think your getting from biological sleep or enjoying a night of TV with a glass of wine.

Once the body is in this restorative state, the brain releases hormones and neurotransmitters. The release of neurotransmitters like serotonin, dopamine and GABA along with hormones like melatonin all benefit us in feeling physically healthier, clearer in mind and emotionally balanced. A hormone that Yoga Nidra reduces is cortisol, which is needed, but not at the chronically stressed levels many people are used to living with these days. In reflecting on these benefits, its easy to see that during life and especially during the COVID-19 times we are living in, that Yoga Nidra contributes to less stress, better moods, better sleep and a stronger immune system response. These effects can happen not just in Yoga Nidra, but in regularly practicing meditation in general although in my mind it happens easier in Yoga Nidra because it is guided and thus makes it easier to be practiced by people with little or no meditation experience.

Because Yoga Nidra is guided, it may be a beneficial alternative to other meditation styles and mindfulness practices that require more effort and keep the brain working at a more active level.

There are three states called waking, dreaming and dreamless deep sleep and as you continue practicing Yoga Nidra and other meditation styles, something deeper can be realized—Turiya. It means ‘the fourth.’ Notice that it does not mean ‘The fourth state.’ This is because Turiya underlies the other three states of consciousness I previously mentioned. It is where these other three states arise and dissolve into.

A reason people do not know it, feel it and be it is because people are identifying with the character we play in life with all its programmed likes and dislikes, judgements, ego, concepts & beliefs that live in the body & mind. When we practice Yoga Nidra or other meditations regularly, we eventually go beyond the body & mind where pure awareness shines on its own. We experience a shift in our perspective of life in what is real and unreal. What is considered real is the only thing that does not change— True Nature or the Self. Our lives during waking, dreaming and even dreamless deep sleep are still changing aspects. Turiya is about knowing our selves as spirits having a human experience. We know how to live in this world without being bound by its limitations.

In essence, resting in Turiya via Yoga Nidra or other meditations helps us shed the foundational cause of all suffering—ignorance. We shed our ignorance of who we are not and realize our true nature where Atman (self) merges with Brahman (Self/True Nature). In my experiences, Yoga Nidra is a wonderful practice for experienced and inexperienced meditation practitioners alike. Its simplicity in practicing can open doors for many people who believe a meditation practice is not an option for them. Just try it. After all, all your asked to do is lie down and close your eyes as your relaxed into BEING. Sounds good doesn’t it? 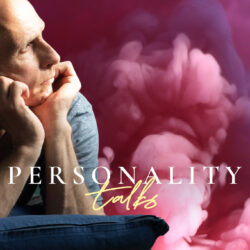 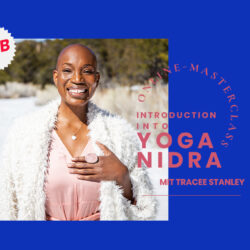 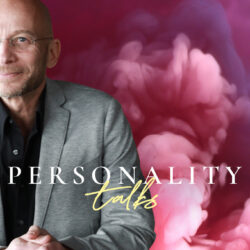