What is Bhakti yoga? And what is so special/unique about Bhakti Yoga?

Bhakti yoga is a way of life in dedication to unlock our greatest inner treasure…Divine Love. Cultivating devotion through a method of sacred sound vibration, prayer and ritual.What makes Bhakti special is that thousands of years ago, great sages predicted that in this era of kali yuga, an era of corruption, greed and disharmony, people could easily access higher levels of consciousness  simply by this process of chanting these Divine names. No qualification is required but a sincere heart and dedication.

When did you first got in contact with Bhakti?

I was first introduced to Bhakti by my older brother. My father taught him yoga when he was a teenager. I used to watch him in his room meditating in the lotus position. I was so curious to know what he was doing, but I felt a sense of respect so I would quietly peek. I was about 8 years old. Around that age he taught me meditation after having my first spiritual awakening when my cat died and he introduced me to the concept of reincarnation.But it was a few years later when we lived in Spain, that my brother presented to the family the process of bhakti yoga, after returning from France dressed in orange robes, his head completely shaved, he had become a monk in the bhakti tradition. I was naturally attracted to his new way. He taught us the practices and the principles of higher consciousness and after about a year we were fully living in the ashram.

How was life in an ashram as a kid?

Being in the ashram as a kid was pure magic, even though I had my moments of rebelliousness. The ashram was a castle transformed into a place of prayer, mantra meditation, sacred music and beauty.We would wake up at 3:30 am, take showers and prepare for the 4:30 puja ritual, chanting and dancing. We would learn the vedic scriptures, and recite the sanskrit verses of Bhagavad Gita and Brahma Samhita. The potency of these mantras sung by all the children would resonate throughout the castle as the scent of incense and colorful saris would set the stage for a spiritual experience. Those memories are in my heart and have played a significant part in who I am today.My favorite activities were music, drama and dance, I was a timid child, but acting was a way to be someone else and be expressive in front of so many people. We definitely didn’t have a „normal“ life. As teenage girls and boys we weren’t allowed to talk to each other, no radio, no tv…. none of the things kids do. It was difficult to integrate into the world later on, but the gifts I received in those years have given me a vast understanding of life and I am deeply grateful.

What is your favourite mantra which supports the spirit of love?

I have several favorite mantras but I would say my number one is the „Maha Mantra“. Hare Krishna because it encompasses both the feminine and masculine aspects of Divinity. Hare is Radha the Goddess, the embodiment of pure love, Krishna is the embodiment of rasa, all the different flavors of sentiment of love in its purest form, and Rama the pleasure potency of Divinity. This mantra has been my protector, my friend, my love.

When I wake up after I shower I begin with puja, a daily ritual that consists of offering incense, fire, water,  flowers, fruits or some cooked food. Chanting morning songs and mantra meditation. I study the vedic scriptures and in the evening I do another puja, songs and offerings. These practices cultivate a more personal relationship to Divinity and life itself. It purifies the consciousness and the mind.

What are the effects of singing / singing together?

The vibration of these mantras is purifying, removing our misconceptions and ignorance, elevating us to higher levels of consciousness to live in freedom, joy and fulfillment.Singing together we impact our environment and raise the vibration.

Who are your greatest teachers?

Do you have a book recommendation about Bhakti Yoga?

Loving Search For The Lost Servant by Srila Sridhar M.

What does the world need to bring back more love to people lifes?

The world needs to establish the relationship to Divinity to activate divine qualities which awakens pure love.

Why should everybody practice Bhakti Yoga?

The essence of bhakti is unconditional love, service, and dedication to Divinity, our source, which as a result fulfils all of our hankerings and frees one from lamentation.This simple process offers the solution for our suffering condition.

What is the biggest misunderstanding about Bhakti Yoga.

People sometimes view bhakti as a sentimental process, not having real evidence. But it is the science of self realization.

Prema Mayi has been practicing bhakti yoga for 44 years. Her upbringing was in ashrams where she learned the vedic arts of music, dance and drama. She studied the philosophical conclusions of the vedas under the guidance of her spiritual masters in India and other parts of the world. Now she teaches these principles through an experience of mantra recitation, cultivating the intimate relationship between one’s own voice, heart and Divinity.
Exploring the power of ritual as we engage and purify our senses.

More infos about Prema, her schedule and her music under www.premamayi.com. Also you can find her on Spotify and Instagram. 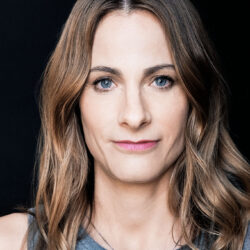 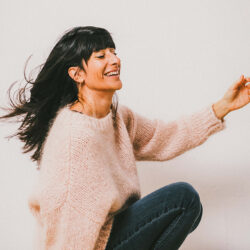